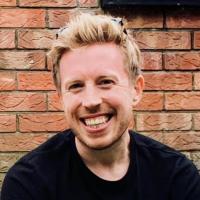 Its been a few months since I wrote about my sense of doom when I woke up to the new year realising what I’d signed up for in June. The Cotswold 113 triathlon is now about 5 weeks away.

In the darker winter months, I got up & running quite successfully with Zwift on the turbo trainer. After finding a little nook in the house (not as grand as that sounds), I’ve had many painful yet enjoyable early mornings in the pain cave.

Using the indoor trainer has opened my eyes to power and cadence and all the data that goes into cycling. It has also opened up a whole world of potential spending on toys to do with measuring this stuff outdoors. Perhaps next year.

The dread comes and goes but overall I’m feeling ok about the triathlon. I’ve covered all the distances individually in the last few days and just (just) need to piece them together on the day.

I also got through the ballot for RideLondon in August. Just me though, and 100 miles is a long way on your tod.

An old friend got in touch who was tempted by the Cotswold 113 in June but didn’t register in time. Turns out the organisers run exactly the same event in August, on, well you can guess exactly which day in August.

And so today, I have also registered for the EXACT same triathlon in August. I get a free year to defer RideLondon, so I think I will kick it over to 2020 and carry on the momentum from triathlon lessons learned this year.

Hopefully it presents a good opportunity to set a marker in June and then gain a personal best in August.